Due to COVID-19, you may experience longer than average wait times when contacting us, and longer than expected transit times for orders. We appreciate your patience as we work to assist you quickly and safely. We encouraged you to purchase eBook or audiobook versions while placing orders on our webshop.

If Life Is A Game, These Are The Rules

In If Life Is A Game, These Are The Rules, Dr. Chérie explains there are no mistakes in life, only lessons that are repeated. Best of all, Dr. Chérie shows that wisdom lies inside each one of us and that putting the Ten Rules for being Human into action, we can create a more fulfilling life.

When Dr. Chérie Carter-Scott's 10 Rules for Being Human first surfaced, they became an office phenomenon, passed from cubicle to cubicle around the country. When the rules were later featured in Chicken Soup for the Soul, they instantly became a favorite section of that wildly successful book. Now Carter-Scott, an internationally acclaimed motivational speaker, brings the rules to life by applying them to anecdotes drawn from her own encounters, as well as stories from her family, close friends, and workshop participants. Presented in a personal format, these steps to becoming a satisfied and well-adjusted person are sure to garner an even wider following.

3 reviews for If Life Is A Game, These Are The Rules

This site uses Akismet to reduce spam. Learn how your comment data is processed. 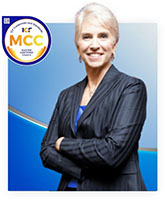 Enter Your Details Below For More Information

You have Successfully Subscribed!